Lock-M-Out Locksmiths have all your Toyota Car Key needs covered, our Mobile Locksmith workshop has all the latest Key Cutting and Toyota Key Transponder diagnostic equipment to handle any key problem you may have anywhere in the Newcastle, Lake Macquarie or Hunter Valley areas.

No matter what kind of Toyota you drive, whether it’s a Kluger, Camry, Corolla, Aurion, Rav 4, Yaris, Echo, Fortuner, Landcruiser, Prado or Prius. Whether you’ve lost all your keys or just need a spare we can provide you with Newcastle’s most cost-effective solution for Toyota Car Keys.

The problem with Toyota’s immobiliser systems is how the key data is stored within the immobiliser unit, making Toyota vehicles very hard and expensive to make keys for in an all keys lost scenario. The only solution for a long time was to tow your vehicle back to Toyota and replace all the locks and the immobiliser unit.

Luckily with the latest technology available to Lock-M-Out Locksmiths we can reset your vehicles immobiliser unit (some models excluded) and supply you with Replacement Car Keys or Smart Fobs at a much more affordable price.

So, call or contact us to get a quote on all your Toyota Car Key needs. 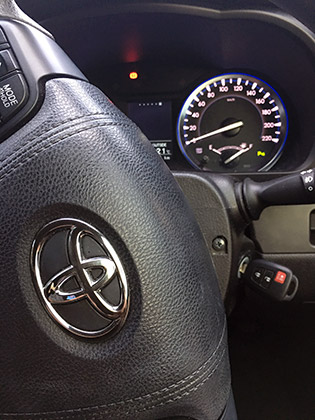 If you’ve been unfortunate enough to lose all your Toyota Vehicles Keys or Smart Fobs, don’t panic, Lock-M-out Locksmiths has you covered anywhere in Newcastle, Lake Macquarie or Hunter Valley regions.

Our Mobile Locksmith Service will come to your vehicle and supply Replacement Keys or Fobs on the spot (some models excluded).

Depending on the year model and make of your Toyota vehicle there are 3 different methods of how we get your vehicle back on the road: 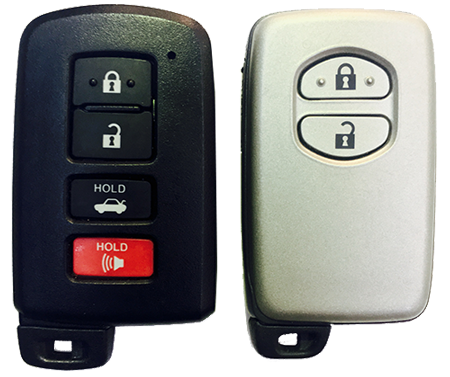 Get a Quote Call Now

If you have lost all your Toyota Smart / Proximity Fob Keys, Lock-M-Out Locksmiths have the specialised diagnostic equipment to get your Toyota vehicle back on the road fast. Until recently the only option was to tow your vehicle to a Toyota dealer and pay thousands of dollars to get replacement Fobs. Our new technology allows us to provide this service at a fraction of the cost saving you real time and money.


If your model is not listed please call or contact us to discuss a solution.

Get a Quote Call Now

Quotes are available in the Newcastle, Lake Macquarie and Hunter Valley areas. Please let us know your Vehicle details and we will contact you to organise your new key -